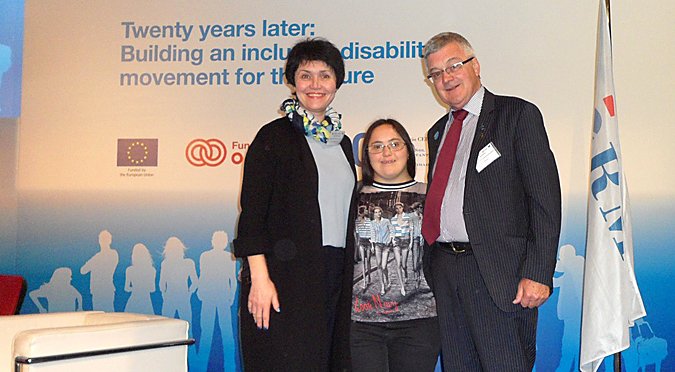 EDF’s Annual General Assembly (AGA) in Madrid, Spain, last weekend (13.- 15.05.2017) brought together over 200 participants, including AGA delegates, observers, partners, guests and members of the global disability movement. The meeting was hosted by EDF Spanish members, CERMI and ONCE Foundation.

Pat Clarke has been re-elected to represent EDSA on the board of EDF. He was also elected as Vice President of EDF.