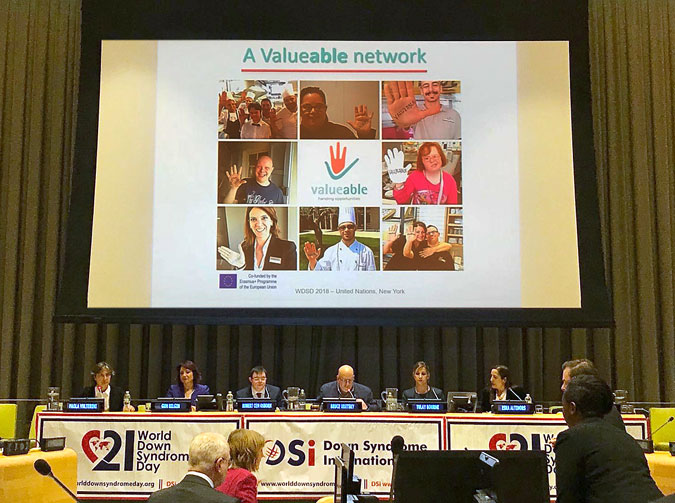 Paola Vulterini presented the Valuable project during the World Down Syndrome Day Conference in New York at the United Nations Headquarters on the 21st of March.

What I bring to my workplace

On Wednesday 21 March 2018, Down Syndrome International brought together people with Down syndrome, their supporters and advocates, senior representatives of major employers, experts in the field of disability employment, government and UN officials at United Nations Headquarters, New York.
The aim of this meeting was to reach out to key employment stakeholders to ensure they see the benefits of enabling people with Down syndrome and disabilities to make meaningful contributions in the workplace; then encourage these stakeholders to help us bring about positive change.

EDSA’s representative Paola Vulterini from AIPD, Italy had the opportunity to speak about the Valueable Network.
To see a video of the event, click here.
Paola’s speech is at about 1:26:50 minute. 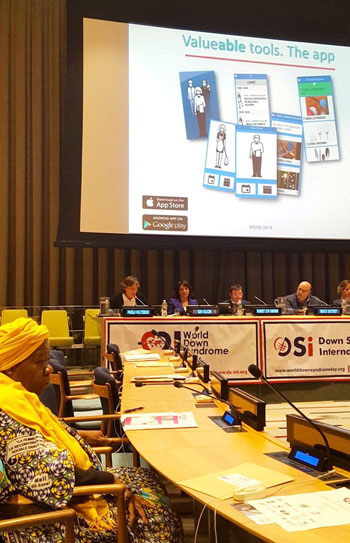 The Valueable network has been created within the Erasmus + On my own…at work project, financed by the European Commission in 2014-2017.
During those years, a group of disability associations, universities, hotels and one foundation for equal opportunities designed, developed and tested the three tools, which are now promoted by the network: an app for the trainees/ workers with intellectual disabilities, videos for a proper relationship between people with id and their work -mates and a set of instruments aimed at certifying the efforts of the company towards work inclusion.
The first 7 labels were released in December 2016 to Portuguese and Italian hospitality companies and on the 6 th of June of the year after the network counted already with 49 members, from Portugal, Spain and Italy.
The app is available on Google play and Apple store and videos are downloadable from YouTube.
https://www.facebook.com/ValueableNetwork/
www.valueablenetwork.eu