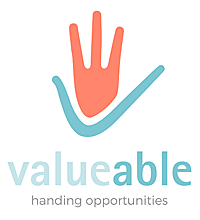 A brand for companies that hire workers with intellectual disabilities

The alliance between associations and companies is strengthened with Leader Aipd, supported by associations, universities, training institutions. 103 companies, 6 European countries, 400 workers with Down syndrome. “With the third edition we aim to reach 200 companies and 8 countries. And we will succeed!”

Rome, 16 September 2019 – “Valueable”, the European project created to promote and encourage the professional integration of workers with intellectual disabilities within hospitality companies, is restarting and growing. After the first and second editions (2014-2017 and 2017-2019 respectively), the third “season” of the initiative officially started on 15 September and will close on 15 January 2022. The leader is AIPD (Italian Association of Down People), with the support of prestigious partners: associations, universities and other educational institutions (see Annex).

What is Valueable: bronze, silver and gold

“Valueable – handing opportunities” is the international certification for companies in the hospitality world that offer people with intellectual disabilities opportunities for professional development. It is a trademark registered with the European Union Office for Intellectual Property (EUIPO).

The mark is released for 2 years, in three different versions, depending on the commitment made by the company.

The numbers so far

Thanks to the support of the European Union and the Erasmus + program, the work of many people and the excellent response of the entrepreneurial world, the Valueable network today counts 103 companies from six countries: Portugal, Spain, Italy, Germany, Hungary and Turkey. About 400 people with intellectual disabilities work in hotels, restaurants, B & Bs, bars, fast food restaurants, as trainees or as workers.

According to reports by some employers “with the Valueable brand” interviewed, the advantage is of a productive and relational nature: workers with Down syndrome are reliable, constant, very present and assiduous, because for them work has a value that goes far beyond the contract. Furthermore, they benefit the working group, making it more compact, less conflictual, more supportive, collaborative and close-knit.

The third edition of the project will be in continuity with the previous two and will use the same tools: the brand, an app to make trainees and workers with disabilities more independent on the job, video tutorials for the training of company personnel and a remote training course for managers. In addition, four new tools will be developed:

In order to test the four new tools, the project provides internships in their own country and abroad, with members of the network. “Our goal – says Paola Vulterini, project manager – is to involve eight countries and 200 members by the end of 2021: we are confident, considering the success achieved so far”.