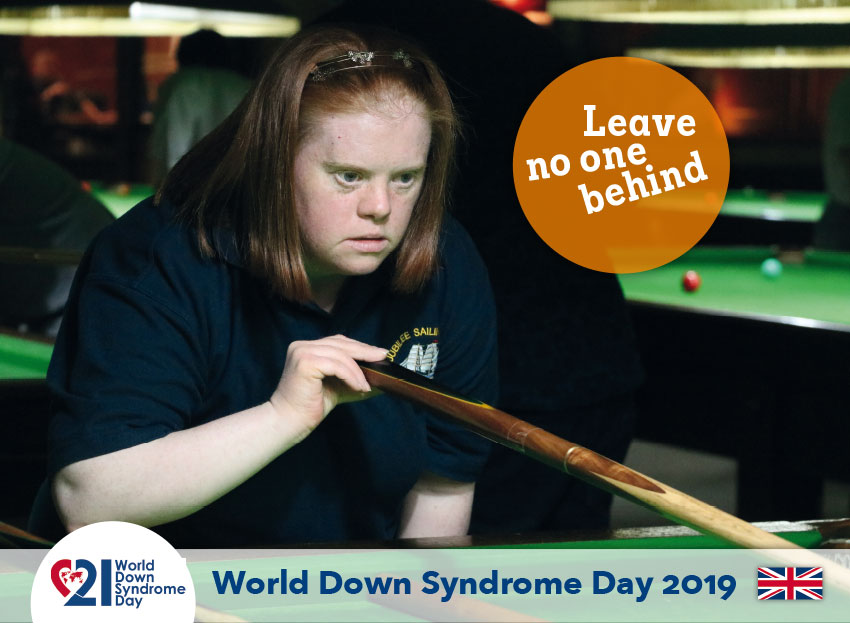 21 March is a global awareness day which has been officially observed by the United Nations since 2012. The motto of this year’s event is: Leave no one behind!
EDSA has asked their members to show people with Down syndrome taking part in activities together with others. Starting on 1 March, we show 21 examples from across Europe to make it clear that no one should be left behind!

The Down’s Syndrome Association’s DSActive programme is now offering a coach education workshop to sport’s National Governing Bodies (NGBs) who want to support more people with Down’s syndrome to participate in the sport they administer.
We’re now working with several NGBs including the World Professional Billiards and Snooker Association (WPBSA) who were the first to receive the training. Everyone should have an equal chance to take part in the sports they love … no-one should be left behind.