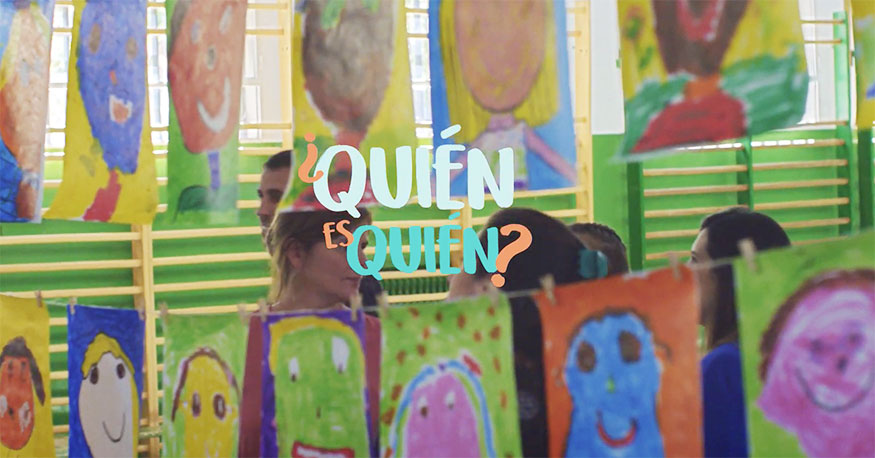 Down España invited children to draw their classmates. Then some mums and dads were asked to play a game. Could they identify who is who?
This campaign shows that between children, differences don’t exist.

This is DOWN ESPAÑA’s campaign for inclusive education.
https://youtu.be/sreewbYaGrA

The emotive spot created to promote inclusive education, will be broadcast on the advertising blocks of national, regional and local channels throughout Spain.

Once again, television channels throughout Spain have wanted to collaborate altruistically with the inclusive message of DOWN ESPAÑA. For this reason, the ‘Who’s Who?’ campaign spot to support inclusive education in Spain will be broadcast on nearly 50 national, regional and local televisions as part of their advertising spaces.
The broadcasts of this 30-second summary of our campaign will take place from November 26 until December 3, International Day of Disability. In addition, some channels will broadcast it throughout the month of December.

More information on the website of Down España:
https://www.sindromedown.net/noticia/down-espana-presenta-su-nueva-campana-a-favor-de-la-educacion-inclusiva-de-los-ninos-con-sindrome-de-down/