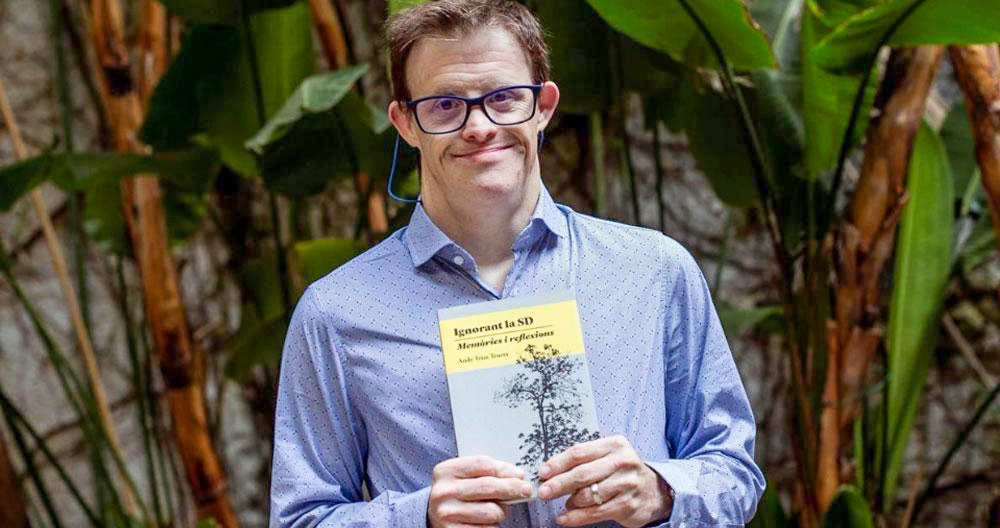 Andy Trias Trueta from Barcelona has compiled his reflections, articles and memoirs in handwritten notebooks for more than sixteen years.
Now, thanks to a selection of some of his best writings, he shows a good part of his opinions and his thoughts. The reader will be able to enter his day to day, full of contemporary history and, at the same time, will find answers to the great questions that life poses. Through Andy’s brave and lucid gaze, and with a clear and very personal style, we will discover that willpower and determination move mountains.

The book was published by the Fundacio Catalana Sindrome de Down a few years ago in Catalan and in Spanish and is now translated into English.

Andy Trias Trueta was born in Barcelona 1972. From the age of three to seven he went to the Els Angels Parish Kindergarten, then to the Taiga Special School and from 12 to 18 he visited a mainstream school, where he completed his compulsory education.
In 1991 he began working as an administrative assistant at the offices of Barcelona Football Club and in 1994 he started working at the „La Caixa“ Foundation after having been unemployed for several months. In 2000 he was a pioneer with his partner in becoming independent with the support of the Fundació Catalana Sindrome de Down and in 2015 he married Eva Casalprim i Pina. Currently he also chairs the Human Rights Assembly of the Fundació Catalana Sindrome de Down and collaborates as a member of the Exit21 team by the Foundation. He has contributed to conferences in Lyon, Dublin, Orlando (USA), Andorra, Brazil and Galicia speaking out in defense of the people with disabilities.
Source: book cover